The choice between the various artistic mediums can undermine the novice artist, and not only him. Yes, because all the possible accessories offer advantages: there are no pre-established rankings that say that oil colors are better than watercolors, nor of the statutes that put pastels above colored pencils. It is up to the individual artist, based on his attitude, the work he wishes to obtain, the context, his curiosity, and a thousand other factors, to decide which medium to use.

We know the drawing of charcoal.

To understand the difference between graphite pencil and charcoal, we will start with the composition of these accessories. But, first, let’s start with charcoal, which we can define as the most effective and straightforward among the drawing accessories of antiquity and the modern world of cool drawings.

A tool used since ancient times

Let’s think about it: in a world without pencils, what could you use to make marks? The moment you light a fire to warm up – or to warm up your dinner – you have some charcoal ready to be used for writing as well as drawing. Therefore, it is not surprising that charcoal has been used since ancient times to draw, with evidence of the use of charcoal in rock painting dating back to almost 30,000 years ago.

In short, charcoal has always been used and has been part of the history of art since its very beginning. But, as we will see shortly, the same thing cannot say about drawing pencils, which is already a massive difference between graphite and charcoal!

How the charcoal is prepared

But how is the charcoal used for drawing prepared? Well, there are many different techniques. First, of course, each of us could have some charcoal to draw by simply scorching the top of a twig and then waiting for it to cool.

To have more usable and more homogeneous natural charcoal, however, you should take a step further. To produce the famous flagging, the entire stick of willow, vine, lime, and so on must cook at high temperatures to obtain an irregular “stick” of charcoal ready to be used on paper. It is a relatively unstable support that breaks easily and does not present an excellent homogeneity.

To have more stable, more homogeneous, and more manageable charcoal, we move on to “modern” processing. It involves cooking the wood, reducing it to powder, mixing the results with binders (such as rubber, wax, or clay), and then compressing everything and having regular sticks from the section square, triangular, or round.

We know graphite for drawing.

It took centuries to get to the drawing pencil as we know it. At first, graphite was used only by local farmers and ranchers to mark livestock, using graphite as one could use a piece of coal extracted from an extinguished bonfire.

How it came to today’s graphite pencils

Then someone – of the Italians, Simon and Indiana Bernadotte – thought of inserting a graphite core inside a wooden shell to have a handy drawing medium that would allow writing and drawing without getting your hands dirty. Finally, someone else – the Faber factory in Germany – translated this concept industrially to produce the first real drawing pencils.

And then, at the end of the 18th century, we came to the first modern pencils, with graphite mixed with clay and other binders to have more performing leads, thanks to the experiments of Nicolas Jacques Comet. At the center of it all was graphite, a mineral that, like coal, leaves a dark trace when rubbed on support.

Currently, to make today’s drawing pencils – with a graphite lead inserted in a wooden case, typically cedar – natural graphite or synthetic graphite is used, obtained by bringing carbonaceous materials to very high temperatures. The latter is in any case pulverized and mixed with binding substances, to then be pressed and dried. Thus, obtaining drawing graphite is not so far from that used for the development of pressed charcoals.

The difference between graphite and charcoal

We have seen the material difference between graphite and charcoal. This difference, it must be said, gradually diminishes as these mediums copy each other, up to today’s charcoal pencils, which are in effect drawing pencils with a charcoal lead.

But what is the difference between graphite and charcoal in terms of use? Well, charcoal is in many ways more versatile, but certainly, the graphite pencil is more comfortable and practical, also because we are used to using this medium since childhood.

Advantages and disadvantages of graphite

Graphite is particularly suitable for drawing lines. Thanks to its consistency, it allows you to draw quickly and with fluid and smooth gestures and can be erased quickly, without leaving a trace (especially in the case of the most brutal mines if used without any pressure on the sheet).

The use of charcoal

Charcoal in its intermediate form – and therefore pressed, neither inhomogeneous like the natural one nor reduced to a minimum like that in pencil – does not lend itself particularly to the production of lines. Still, it is perfect for creating shadows and for defining great contrasts between clear and dark.

What is the importance of cold weather work gloves? 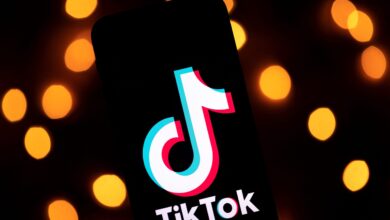 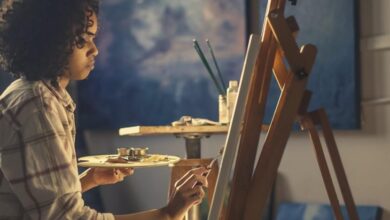